Your holiday accommodation, campsite and Buitenplaats It Wiid, is situated in the heart of Friesland: ample opportunities to see more of Friesland than its famous lakes. How about a daytrip to the  Waddeneilanden (Frisian mudflat islands) or a shopping day in one of our fine Frisian cities.

Leeuwarden is the start and finish of the famous Frisian Elfstedentocht (11-city ice skating marathon)! A city with a vice regal past, with hundreds of monuments that remind of that time, and a shopping centre with lots of special stores and pleasant bars and restaurants. In de middle of the city you’ll find the curious Oldehove. You can climb the Oldehove during the summer: your reward is a breathtaking view of the city and the Frisian land, as far as the Wadden! The city has also been designated the 2018 Capital of Culture. A lot of activities will be organized during that year, but it is clear that the city is in motion in the build-up to this year.

The wealth and beauty of Friesland’ past is visible behind every corner in the Fries Museum: the beauty of 17th century Frisian silver, the stately portraits from the 16th and 17th century, the fashionable Frisian costumes, de 18th century period rooms of the Eysingahuis, and the mystery of Mata Hari. You’ll find this and much more in one Friesland’s finest museums.

Sturdy, stiff, and stubborn? Discover the Fries in you at the Fries Museum! The finest silver and Mata Hari’s diary can be found next to contemporary art and slow design. Whether you’re holidaying in the neighbourhood, or if you are a born Frisian, or if you just love beautiful things: you do not want to miss this brand new museum.

Dokkum is the second oldest city of the eleven cities of Fryslan. Dokkum is also one of the most northern cities of the Netherlands. Like all 11 Frisian cities, Dokkum has its own attractions and qualities. Walking through the historic centre shut in by the walls of the bulwark (earth rampart), you’ll notice that the centre has hardly changed through the centuries.

The Admiraliteitshuis has been the seat of the College of Admiralty until 1645. After that, it served as a Latin school and poor house. The Admiraliteitshuis has been used as a regional museum since 1963. Next to an extended topography and documents it also holds objects from mounds, reminders of the time of the convents, specific Frisian silver, and craft and folk art. You’ll also find alternating expositions and a permanent Bonifatius exposition.

Ameland is a gorgeous Waddeneiland. Indulge your senses with pure sea air, unique panoramas, sumptuous relaxation, and culinary pleasures. An island with lots of nature, space, and quiet. Each season colours the island in its own way, and offers many different sceneries. There is a lot to see and do in terms of culture and sports. Visit the four cosy villages, each village has its own village character and little shops. Go to a museum and dive into the  interesting history of Ameland. Discover the island by partaking in boat trips, excursions, biking and hiking!
Ameland is perfectly suited for a day trip. You can catch the boat from Holwerd, which takes you to the island in one hour.

The island of Schiermonnikoog is nearly car free, and is therefore popular because of its quietness and spaciousness. The largest part of the smallest waddeneiland falls withing the Schiermonnikoog National Park, with plenty of dunes, beaches, forests, mudflats and polders. Schiermonnikoog has been declared as one of the twenty National Parks of the Netherlands in 1989. Half of all the plants and flowers mentioned in Dutch flora can be found on this  waddeneiland. Schiermonnikoog is also known as bird island: more birds than people live here, even in the touristy high season.
Ameland is very suitable for a day trip. You can catch the boat from Lauwersoog which takes you to the island within an hour. 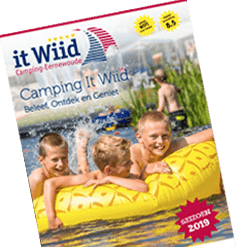